Victoria Pidusts panoramic work Untitled to war I is currently on view at KVOST, as part of the project Screen[far]shots.

Untitled to war I was created on the basis of a photo diary from a trip to Kyiv in spring of 2022. The images appear abstract at first glance, but behind each of them is a reflection of the horrors of war – the destroyed building of a shopping mall. Using photogrammetry and artificial intelligence, Victoria Pidusts final 2D images deliberately play with the shortcomings and flaws of digital scans, raising the question of veracity and Russian manipulation of information, including modern propaganda and the use of deep fake. During the talk, Pidust will show her previous work and discuss her work process.

The talk is part of the project Screen[far]shots, curated by Vitalii Shupliak. 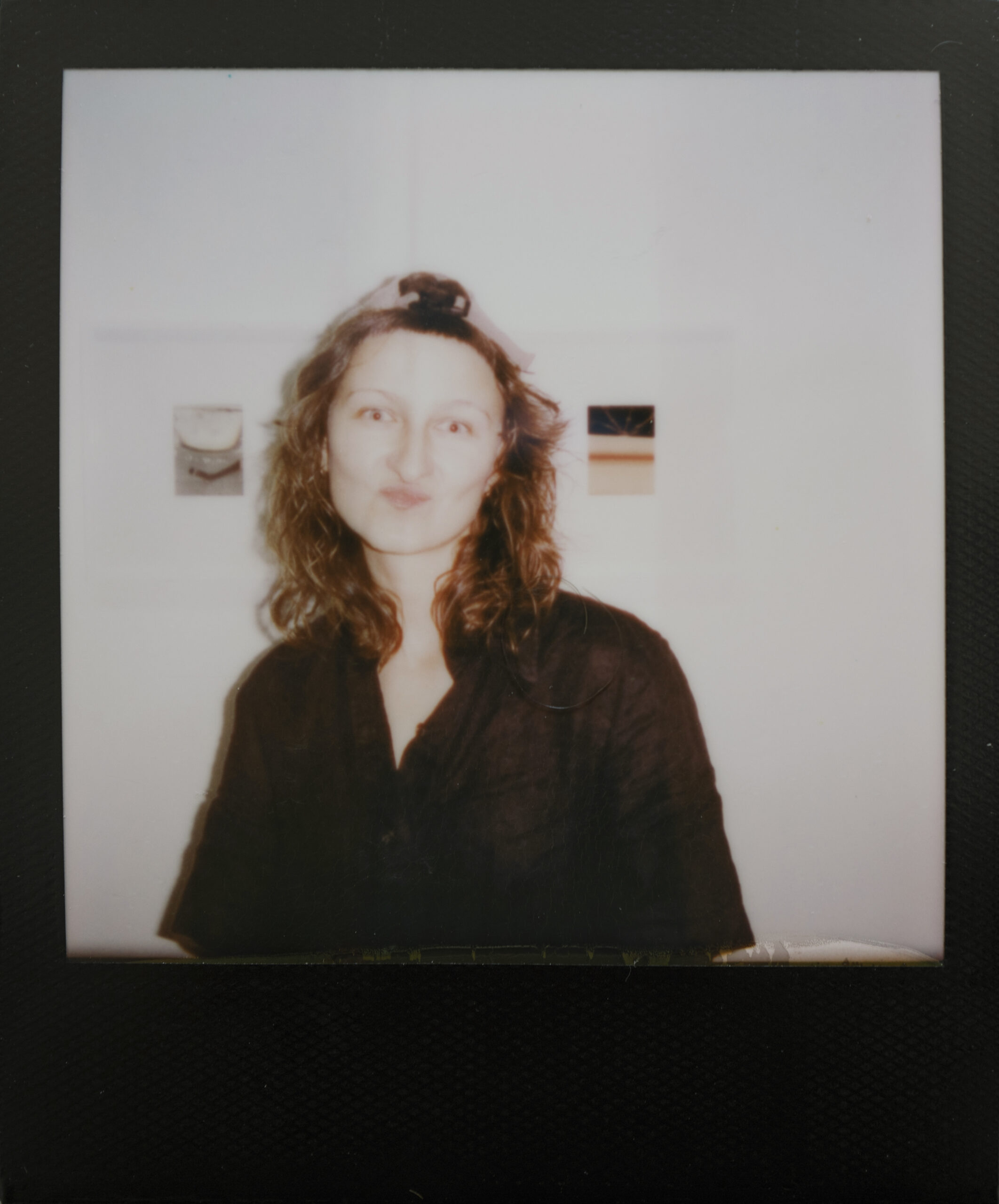 (Disappear . Melancholy and confidence in the exhibition Dew in the Sun by artist Olena Pronkina) 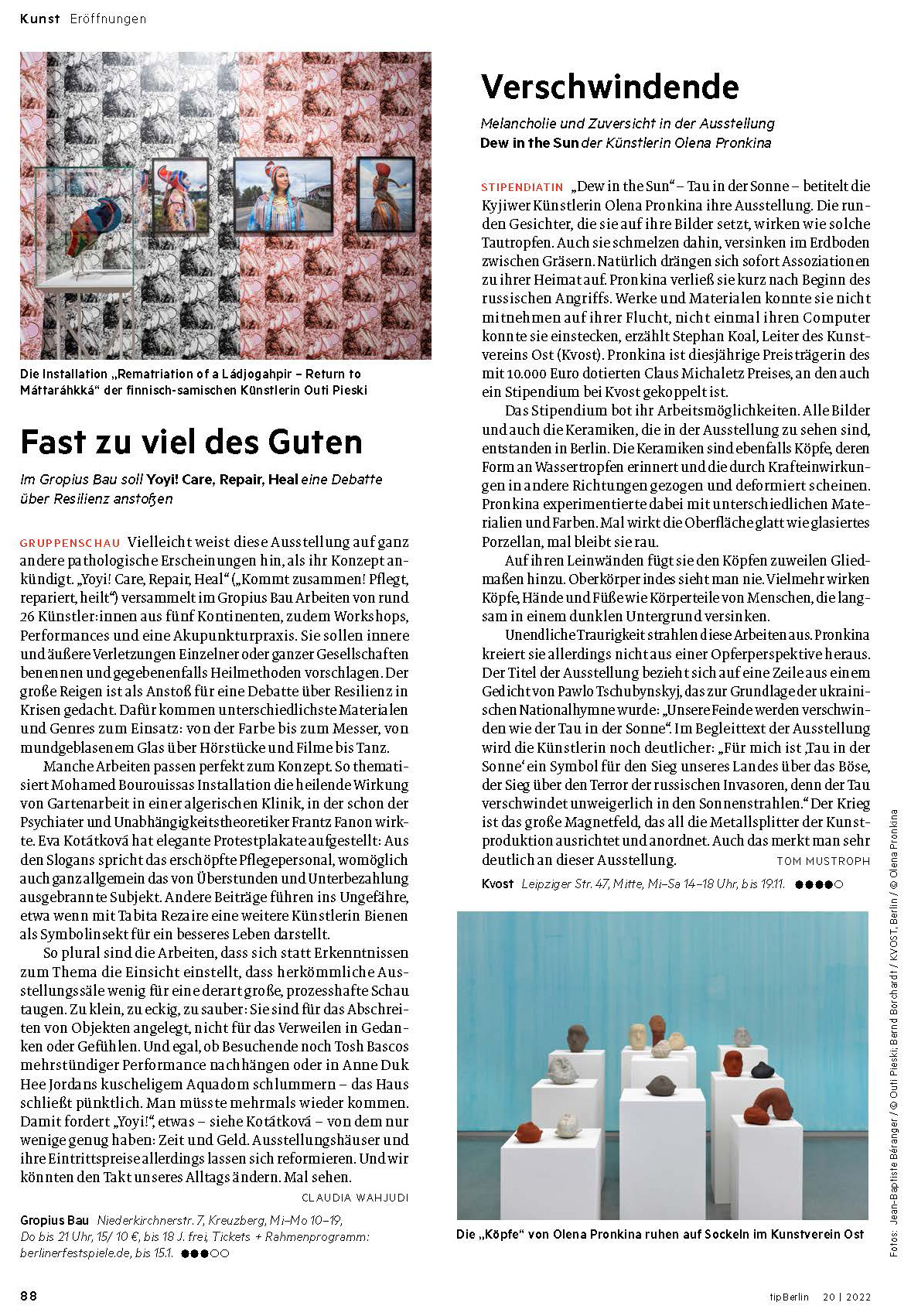 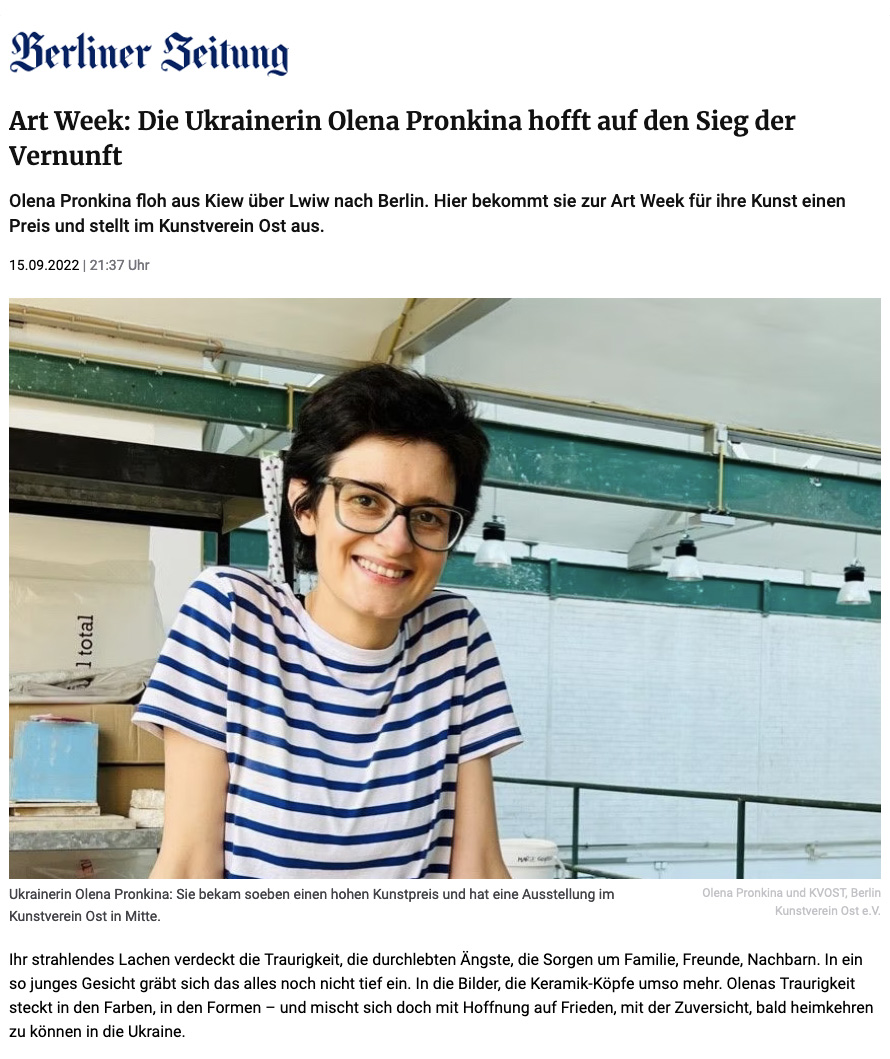 KVOST is delighted to be part of the BERLIN ART WEEK 2022!

In memory of the publisher and founder of the Secco Pontanova Foundation, Claus Michaletz, a prize of 10,000 euros is awarded to artists from Eastern Europe.

The prize is awarded once a year and is coupled to the KVOST scholarship. The full amount of the prize money is at the free disposal of the scholarship holders.

In 2022 the recipient of the Claus Michaletz Preis is Ukrainian artist Olena Pronkina, holder of this year’s KVOST scholarship. 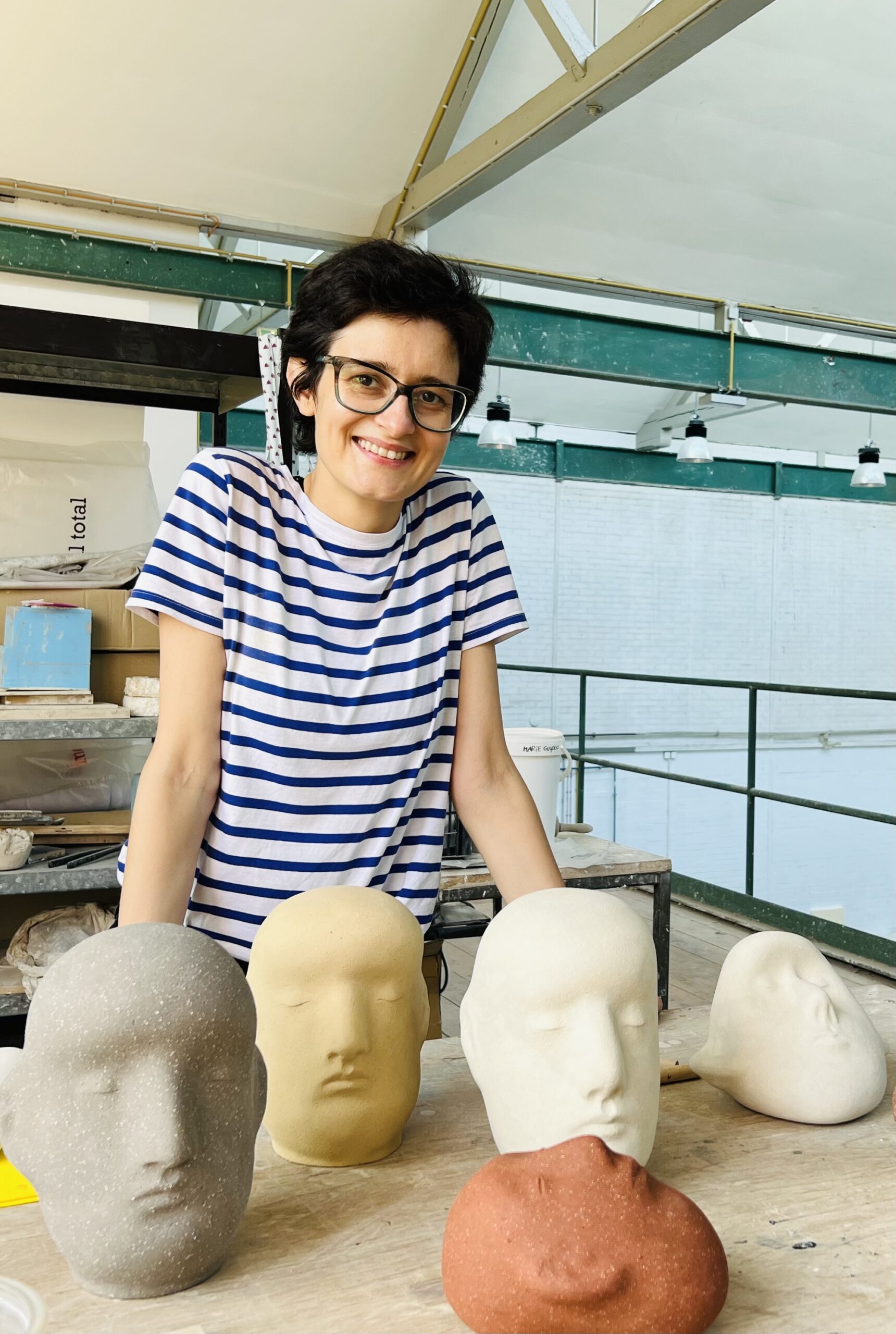 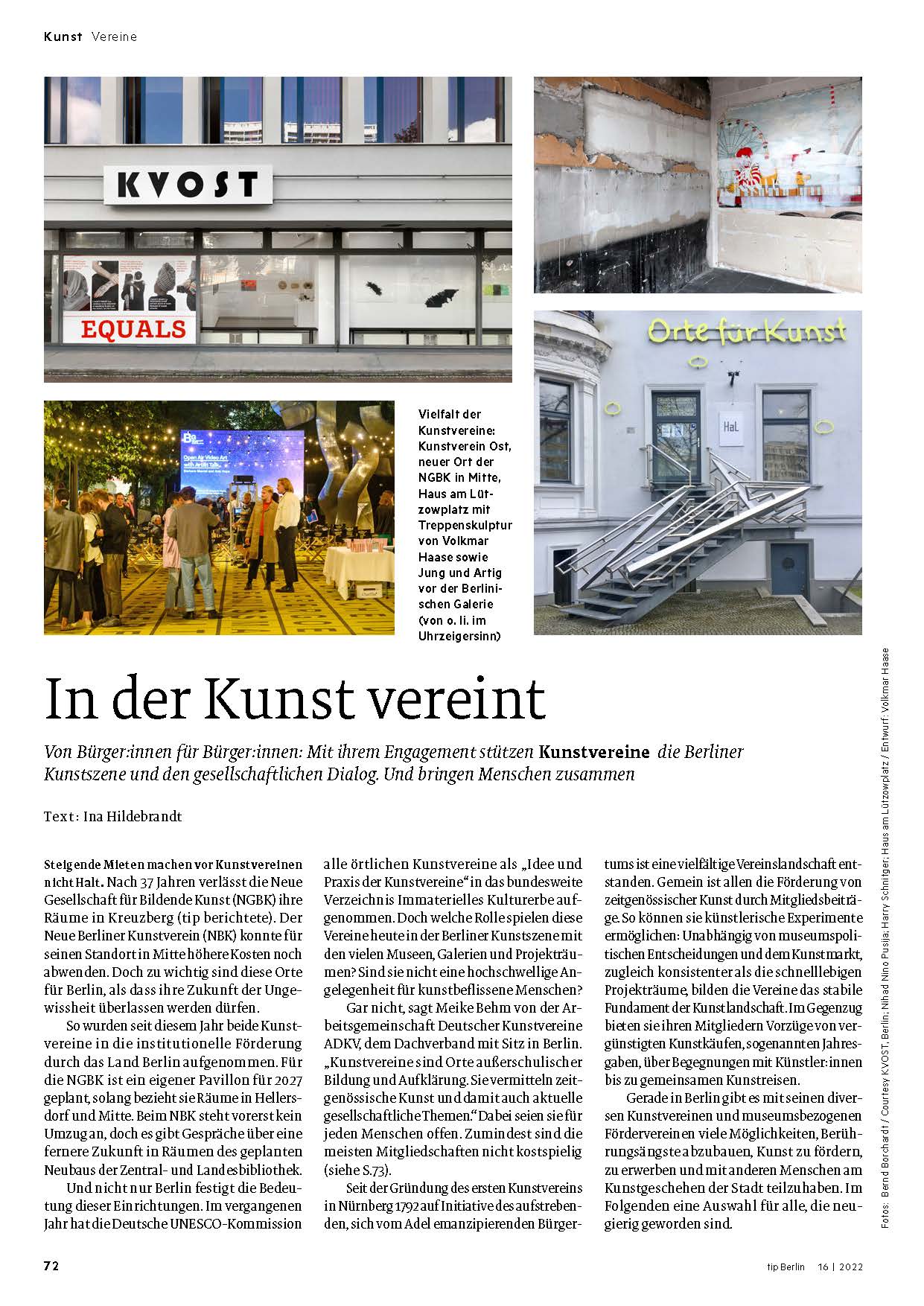 KVOST is pleased to announce Olena Pronkina as the recipient of the KVOST Stipend 2022. She was chosen from a total of 82 applications.

The jury consisted of the artists Hortensia Mi Kafchin and Henrike Naumann as well the curating team Nathalie Hoyos & Rainald Schumacher and the founding directors of KVOST, Julia Rust and the curator Stephan Koal.

Olena Pronkina was born in 1988 in Uzbekistan and grew up in Ukraine. Her preferred media are painting and ceramics. Until Russia’s war of aggression against Ukraine, Pronkina lived and worked in Kyiv. Like many artists, she fled to the west of the country to Lviv and on to Bucharest.

Pronkina paints figuratively. She places her figures in a world she has constructed, depicting inner realities, feelings of belonging and strangeness in static, calm-looking scenarios. What was understood at the beginning of the 20th century as a glimpse into the unconscious and the psychic, today also reads as a glimpse beyond the surfaces. A glimpse that falls into an inner state of being, beyond the self-dramatizations and optimizations of outward appearances for the posts on the screens of social media.

The support and promotion of an artistic position from Ukraine is an important concern for the members of the jury and KVOST.

Like hardly any other event for decades, the war in Ukraine has provoked the question of what distinguishes a human being or what makes him an inhuman being in his cruelty. Pronkina’s paintings and sculptures do not answer this question, but they provoke the question of the inner self. Her works address existential questions of our human nature and condition. The alienating and enigmatic figures in the artist’s pictorial worlds, the mask-like heads of her ceramics point to a mystical, spiritual reality.

The stipend includes an artist-in-residence program as well as a solo exhibition in KVOST’s premises during this year’s Art Week Berlin. 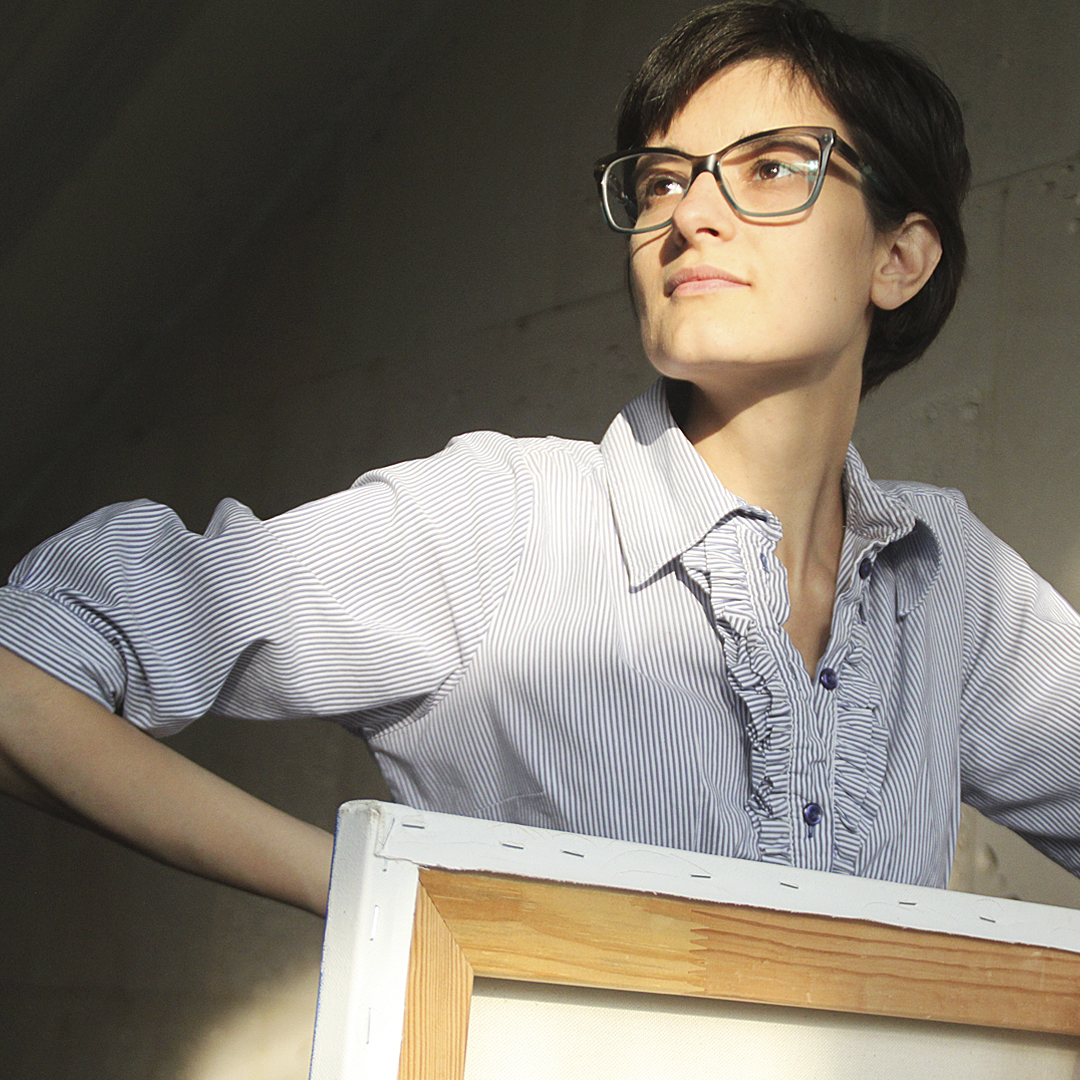 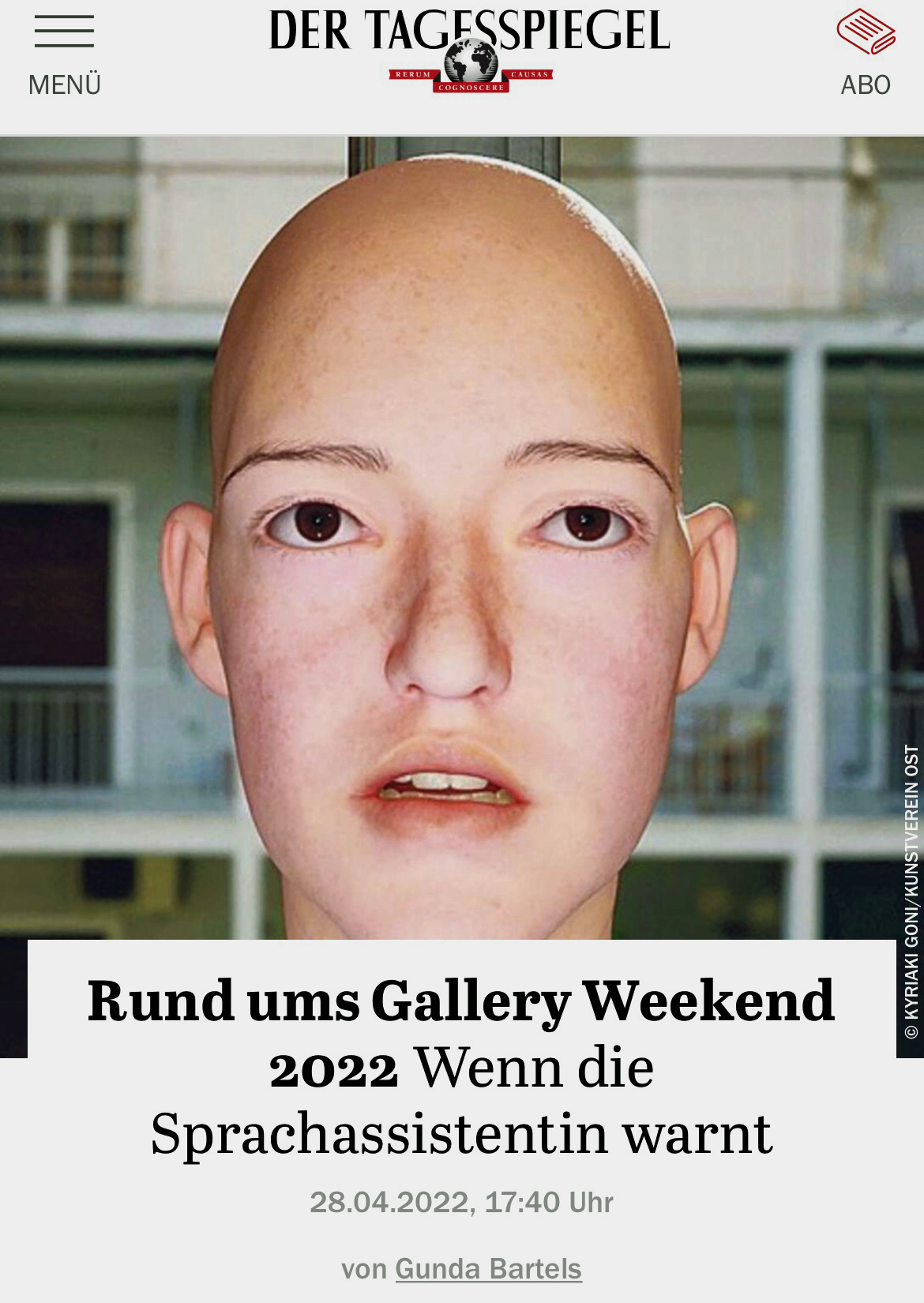 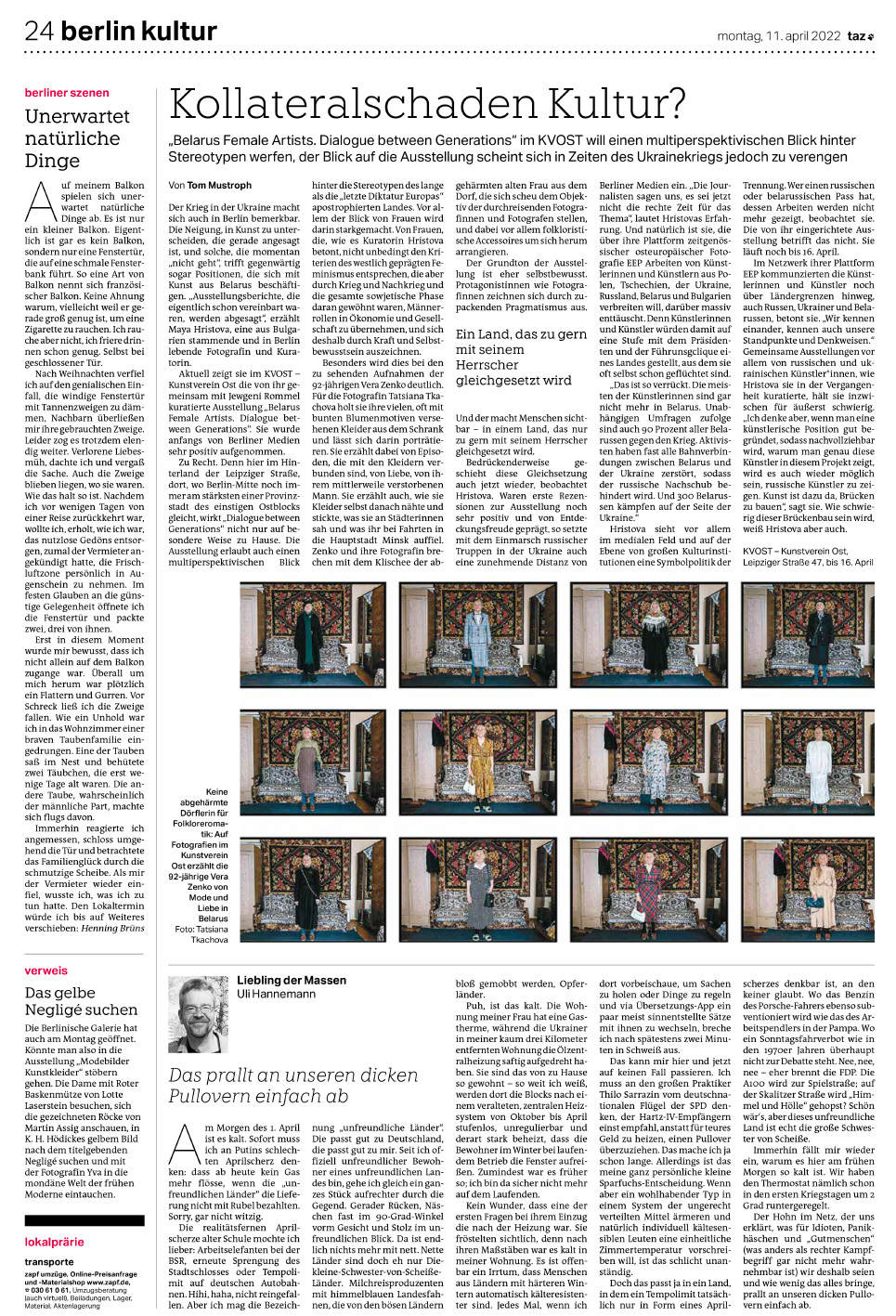